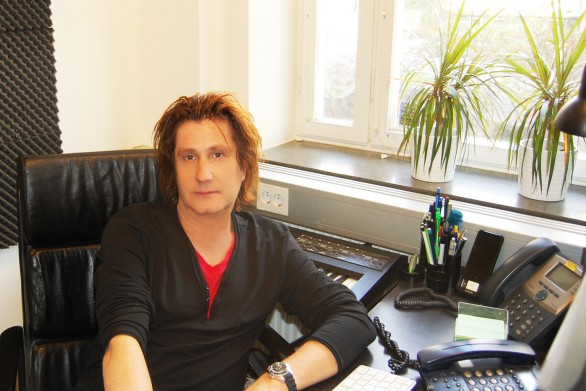 Peter Sahlin has amassed both extensive experience and knowledge after about 20 successful years in the music business. He has written top-selling albums with songs that has been number one on the Japanese charts. He has worked as an artist, songwriter and producer for record companies Epic/Sony in the US, JVC in Japan, Edel in Germany and Telegram, Warner and MNW in Scandinavia. His songs have been played at the Madison Square Garden in New York and his music also caught the attention of legends like Tony Visconti (producer of great artist such as David Bowie and Marc Bolan) and Joey Ramone (singer of the Ramones). Peter has also produced music toghether with the 90’s dance music miracle KLF in the UK and written music for the Swedish Eurovision Song Contest and for the movies – for example the Hollywood classic ”Hackers”, with Angelina Jolie on the cast list. In year 2000 Peter changed the path of his career and founded and ran record company Hitworks AB. In 2004 he also went into the music publishing business and founded Starlab Publishing & Studios together with Anders Mören, and reached such success that he eventually chose to devote all his time at Starlab.